TRUST AND INTEGRITY ARE AT THE CENTER OF OUR SUCCESS.

Since 1945, trust and integrity have guided our operations. We’ve learned that the best way to deliver on our ideals is to hire the right staff, partner with the best customers and act with integrity.

We believe God owns this business and we are just stewards of it for a season.

The Bible to be the inspired, only infallible, authoritative word of God.
For the salvation of lost and sinful humanity, regeneration by the Holy Spirit through faith in Jesus Christ is absolutely essential.
In the deity of our Lord Jesus Christ, His virgin birth, His sinless life, His atoning death and resurrection, His ascension to the right hand of the Father, and in His personal return in power and glory to establish a kingdom for all eternity.
In the resurrection of the saved and the lost, those who are saved unto the resurrection of eternal life, and those who are lost unto the resurrection of eternal damnation.
There is one God, eternally existent in three persons: the Father, Son, and Holy Spirit.
In the present ministry of Jesus Christ by whose indwelling, the Christian is enabled to live a Godly life. 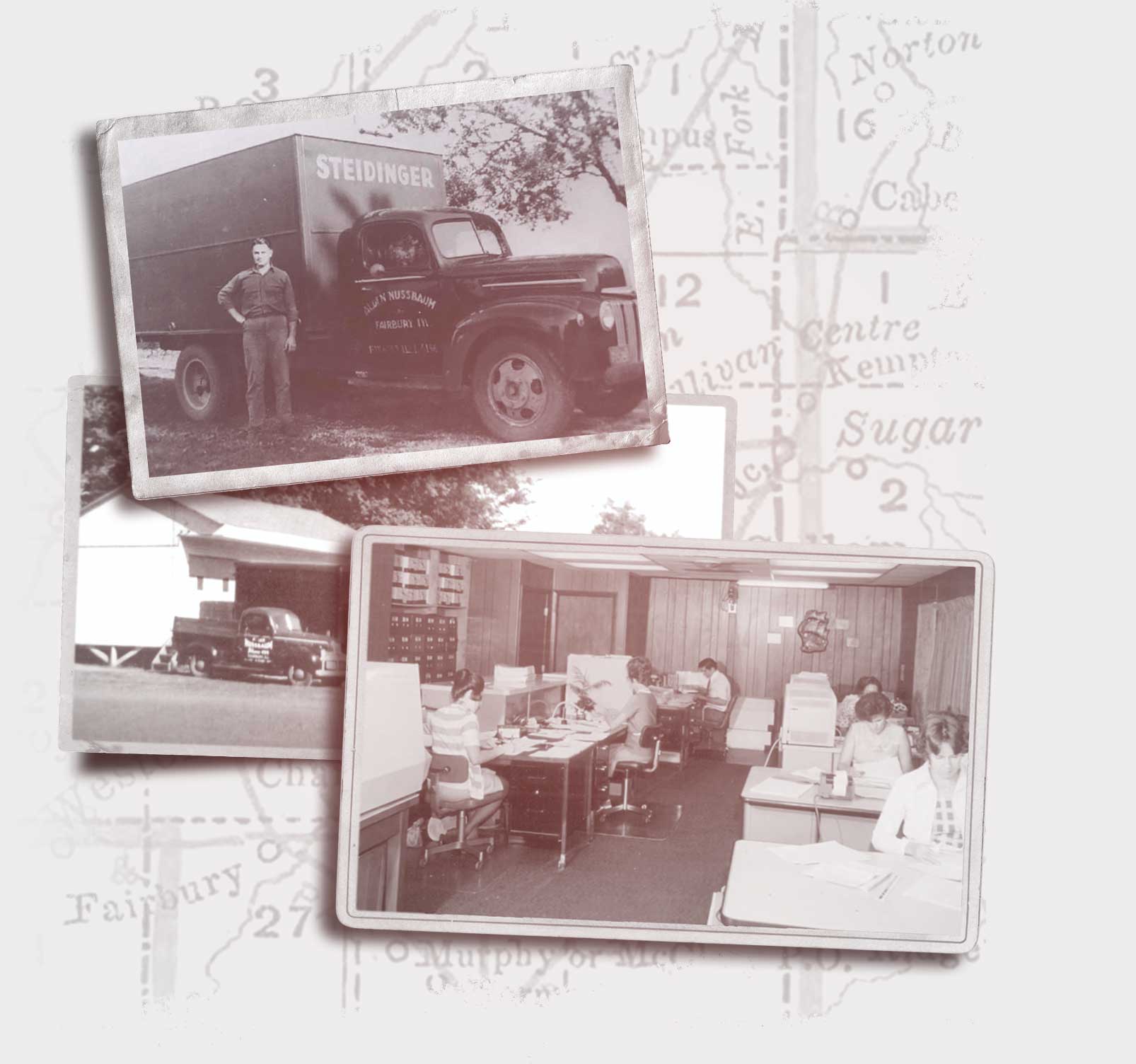 Nussbaum Trucking is founded by Alden Nussbaum in Fairbury, IL. He had a single truck and a simple vision: “If you take care of your people, the rest will take care of itself.” Little did he know, that vision and his faith-driven focus would take Nussbaum a long way.

The very first terminal is built in order to handle multiple trucks in the Nussbaum fleet.

Started a truckload division in several states. Nussbaum runs both businesses side by side out of their Operations Center.

Brent Nussbaum is now at the head of the company. He leads Nussbaum with the same purpose-driven focus his father Alden instilled from the start.

Now an employee-owned company, we have re-solidified our mission and vision to be purpose driven in everything we do to positively impact the lives of everyone we interact with. We embrace the opportunity to serve our customers and employee-owners with a level of care and integrity that is unique to Nussbaum.

To honor God as stewards of this business by living out our vision and values.

To be purpose driven in everything we do to positively impact the lives of everyone we interact with.

We speak the truth.

Honesty is at the forefront of all our business interactions. Honesty builds the trust that is critical to our mutual success.

How people interact with Nussbaum is central to our success.

Benevolence isn’t for show. It’s using our talents and resources to make a difference to those in need.

We do the right thing.

Integrity is something we take very seriously – even when the right choice isn’t always the easy choice.

We go after our goals.

Excellence is about always striving to hit your goals, crush expectations, break through boundaries, and tap your true potential.

Paving the way to success. 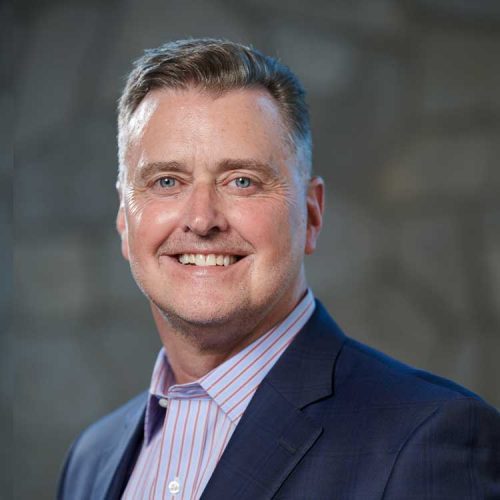 Prioritizing family, putting people first, shaking the hand of every driver in the company – these are just some of the things Brent does differently.

When Brent became CEO in 2000, he began transforming the company his father had founded into an industry standout. From innovations in equipment and driver compensation models, to a hands-on approach to driver retention, Brent has the foresight to do things in new ways.

Brent began his Nussbaum career in 1970, working in equipment maintenance. After graduating from high school, he began driving a truck before transitioning into the operations area of the company. In 1990, he left Nussbaum to pursue a bachelor’s degree in international business from Illinois State University in Normal, IL. He went on to receive a master’s degree in international business management from the Thunderbird School of Global Management in Glendale, Arizona.

Brent returned to the family business as VP of Sales for the truckload division in 1997. From there, he assumed the role of CEO. With his hands-on leadership, Nussbaum has enjoyed record growth and has been recognized with multiple accolades within the transportation industry for its innovative spirit, exceptional driver retention rates, and commitment to integrity. Nussbaum Transportation’s state-of-the-art corporate headquarters and maintenance facilities, opened in 2013, are a manifestation of Brent’s ideals and vision for the company’s future.

Brent and his wife, Cheryl, live in Bloomington, Illinois, They have been married for 31 years and are blessed with five children. Outside activities include ministry, travel, biking and hiking. 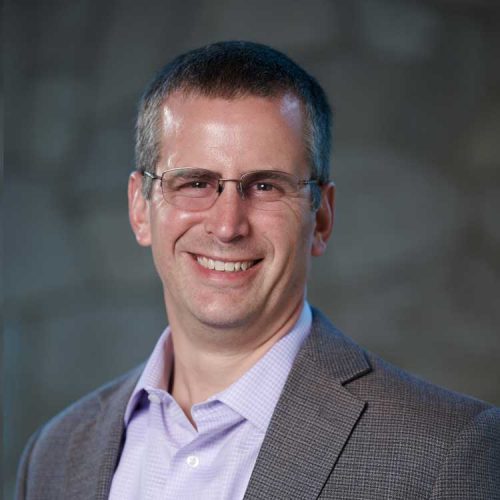 Bill Wettstein serves as President & Chief Financial Officer at Nussbaum Transportation Services. He oversees financial strategy, tax accounting, and the company's banking relationships. Bill also directs the sales/business analytics department and enjoys being involved in pricing strategy. His teams analyze each lane within Nussbaum's freight mix and adjust pricing or terms as needed. Their goal is to ensure win-win customer contracts that keep Nussbaum and its drivers profitable.

After graduating from Illinois State University in 1997, Bill was working as an accountant when he heard about an opening at Nussbaum in accounts payable. Given Nussbaum's outstanding reputation, he jumped at the opportunity to join the team.

Bill assumed the role of Chief Financial Officer in 2001. Under his financial guidance, Nussbaum weathered the Great Recession of 2008-2009 and the pandemic in 2020. As the market shifts rapidly, Bill and his teams adjust pricing structures and cash position to keep Nussbaum's trucks on the road and ensure a strong financial position. Despite economic ups and downs, Nussbaum has achieved record fiscal growth while also offering industry-leading driver pay.

Bill also holds a Commercial Driver’s License (CDL). In 2019, Bill drove over the road for a week, getting first-hand experience as a Nussbaum Driver.

While strategy, financials, and balance sheets are essential in his role as President & CFO, Bill believes that solid character is Nussbaum's most valuable asset. He appreciates his coworkers' trust, integrity, and respect toward one another. His daily goal is to show the love of Christ and brighten the corner wherever he is.

Bill and his wife Heidi have been married for 26 years. They have seven children (five daughters and two sons) and four grandchildren. Bill enjoys spending time with family on their farm, complete with goats, pigs, cows, and chickens. He also enjoys time outdoors riding ATVs, hunting and fishing. 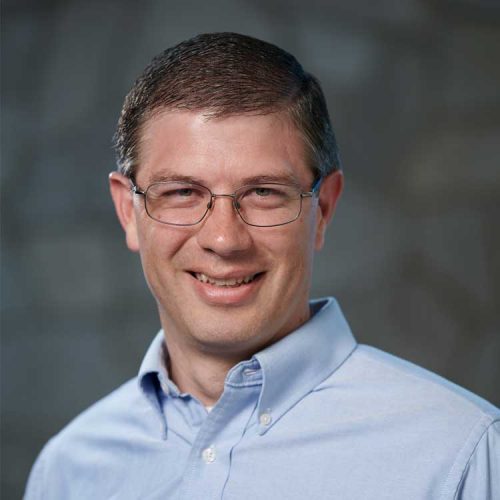 What probably drives me the most here is bringing satisfaction to the lives of others.”

Our Chief Operations Officer, Doug Bradle, has a passion for serving people. Whether helping to provide a good work atmosphere or bring resolution to a customer’s problem, he is driven to help others succeed.

Doug was born and raised on a grain farm in Secor, IL. After high school, he received his CDL and drove a truck hauling grain while attending college. He graduated in 2003 with a degree in Agriculture Science from Illinois State University. Soon after, he accepted a job at Nussbaum as a Load Planner/Driver Manager in Operations.

In 2007, Doug was promoted to Operations Manager where he was involved in the planning, design, and implementation of PeopleNet, a fleet management tool combining communications, safety compliance, and electronic logging tools. Other projects Doug has had direct responsibility include: the redesign of operations into three areas, driver managers, load planners, and customer service, the planning and implementation of Nussbaum’s driver scorecard, a maintenance planning software, and a driver app that allows a driver to access load, pay and benefit information from a smartphone.

In his free time, Doug enjoys spending time with his wife and three children, working around his home, traveling, and church activities. 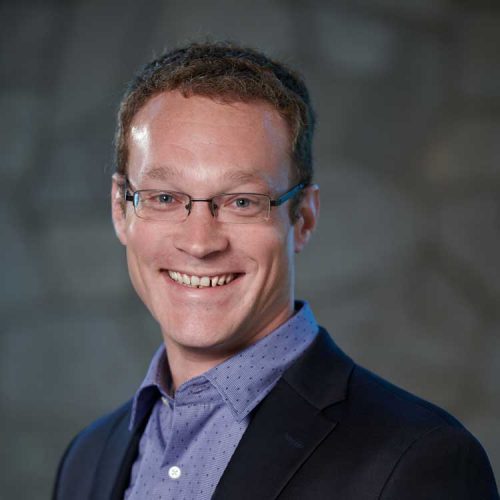 As Chief Administrative Officer overseeing Human Resources, Safety, and Accounting at Nussbaum Transportation, Jeremy Stickling ensures Nussbaum is a company people will want to work for. Honoring the corporate values of honesty, integrity, and character, his team’s innovative ideas have put Nussbaum on top of the industry when it comes to hiring the best drivers and offering competitive pay and benefits.

Although Jeremy was exposed to commercial trucks while working at a gravel pit during college, his first role at Nussbaum was with the accounting department. As his responsibilities at the company expanded to include human resources functions, he was involved in instituting processes for more effective internal driver communications and insurance administration. Jeremy was promoted to the HR director role in 2013.

As the first point of contact for new driver recruits at Nussbaum, the human resources department serves a critical role. Jeremy believes in the “No Surprises” recruiting philosophy, a manifestation of Nussbaum’s values of honesty, integrity, and respect for its employees. Jeremy also has helped develop a comprehensive driver orientation program and overseen the restructuring of the company’s compensation plans. Combined, the efforts and leadership of Jeremy and his team have contributed to Nussbaum’s industry-leading driver retention rates.

Jeremy graduated from Western Governor’s University with a double-major in accounting and finance in 2010 and received his Professional in Human Resources (PHR) certification in 2011. He is also a member of the Society of Human Resources Managers (SHRM).

A native of Peoria, Illinois, Jeremy enjoys music, especially playing guitar, and is a history buff (ask him what book he’s currently reading!). He is active in his church and likes to spend his free time with his wife and children.

Our Chief Information Officer, Doug Knepp, considers problem-solving a joy. Whether he’s pursuing a solution in IT or walking alongside an employee in a dilemma, Doug is driven to serve others and help them reach their goals.

For over 20 years, Doug has constructed projects from ideas, patched software, and solved problems in Nussbaum’s IT Department. Over the years, he developed and continues to optimize company-specific applications to expedite and ease Nussbaum’s operations.

Doug has also had a hand in developing Nussbaum’s driver app for smartphones and a planning app for the shop. His skills eased the ELD migration of over 400 trucks in 2019.

When he’s not working at Nussbaum, Doug is spending plenty of time with his family, engaging in church activities, and volunteering at his children’s school.

At Nussbaum, we pride ourselves on being leaders in the industry in many different ways, from innovation to driver pay to customer service. And the industry has taken notice. Here are a few of the awards we have won over the past few years.

Learn more about the benefits of our ESOP.

Wherever you're going, be purpose driven. Learn More